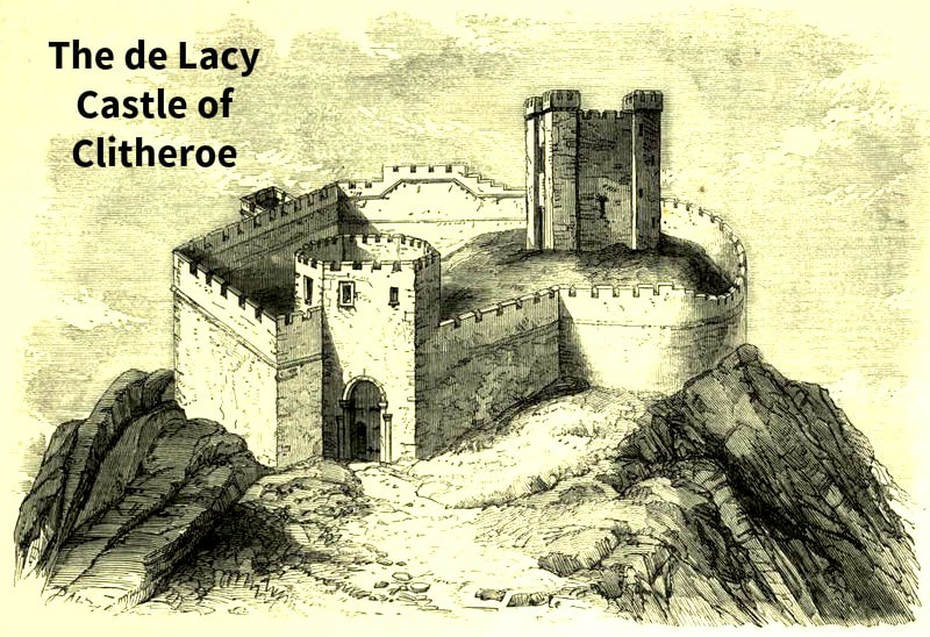 Ilbert de Lacy, (II) 3rd Baron of Pontefract, 3rd Lord of Bowland, the eldest son of Robert de Lacy. He was captured with King Stephen during the Battle of Lincoln (1141), possibly dying in captivity.

​Robert de Lacy (II)  5th Baron of Pontefract, 5th Lord of Bowland, son of Henry. Although he married, he had no children, and he was buried at Kirkstall. By agreement, he left all the de Lacy estates and titles to his cousin Lady Albredda Lisores. Albreda, the daughter of Ilbert  (II) de Lacy, was a passionate de Lacy, and she had plans for her inheritance.

Halton Castle
Runcorn. Cheshire England
Albredas grandson Richard died in the crusades, so her younger grandson Roger FitzEustace  inherited from his Grandmother the estates and titles of the de Lacy family. On the understanding that first, he changed his name to Roger de Lacy and secured the continuation of the de Lacy name. Thus creating the maternal de Lacy name.

​Roger (Hell) de Lacy 6th Baron of Pontefract and Clitheroe adding Baron of Halton. Soldier and trusted military leader to King Richard the Lionheart.
Tap or click for Information about Halton Castle
Roger was succeeded by his son John de Lacy 7th Baron of Pontefract, 8th Baron of Halton, 8th Lord of Bowland, 2nd Earl of Lincoln (from 1232). King John had put his seal on the Magna Carta, as did twenty-five barons, including John de Lacy, who had demanded the King's agreement. 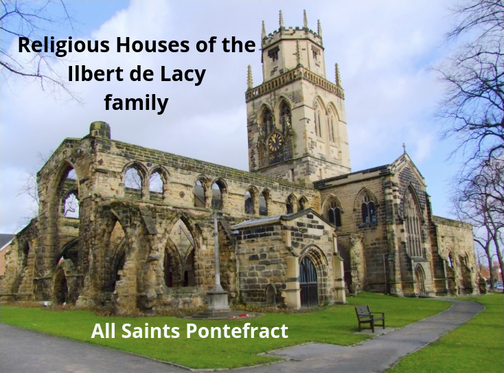 The Religious Houses of the Ilbert de Lacy Family. Tap or click the image to open the page.
The Monasteries, Abbeys and Churches often
more well known than de Lacy ​castles!