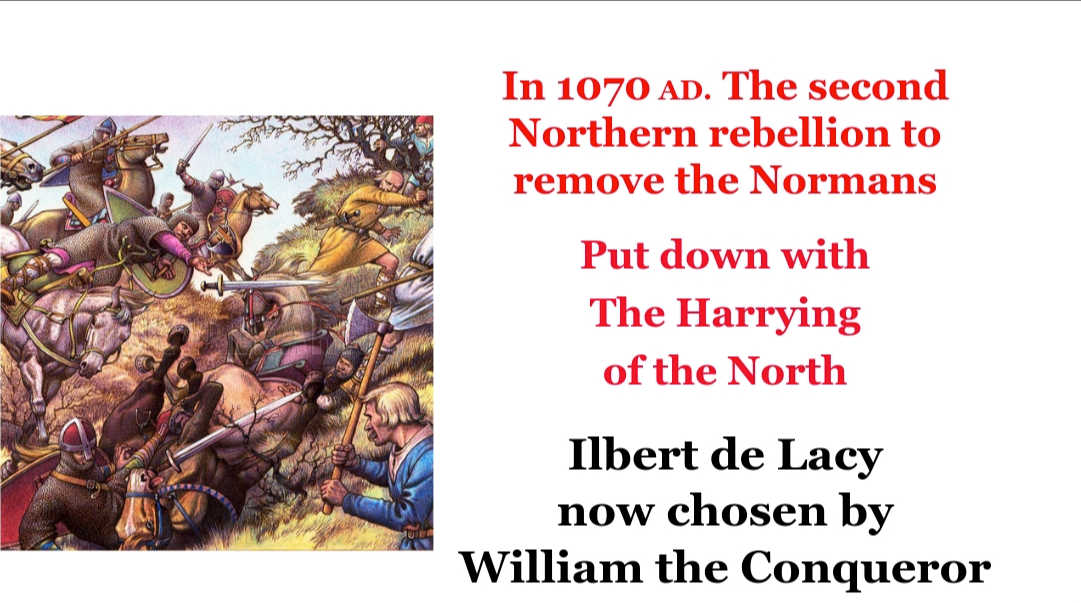 With the rebel, Saxons defeated and driven out following the 'Harrowing of the North. Ilbert de Lacy, received orders from King William to stay behind in the North and establish a strong defensive castle. It had to be capable of containing further attacks from Saxon rebels moving South. The Castle would also warn and guard against possible Viking invasions from the East sailing up the Humber and into the River Ouse. 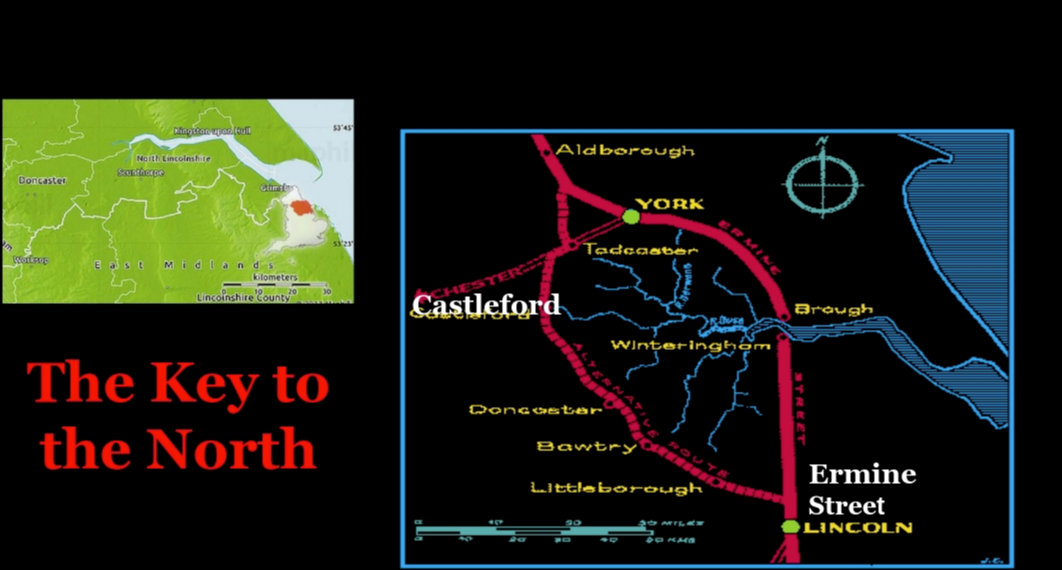 Ilbert de Lacy considered Lincoln would be the target for any rebel or invading army. The direct route was only possible following the old Roman road Ermine Street. But it involved a massive embarkation by boat across the Humber Estuary. Easy pray then for defending archers with salvos of fire arrows. Even though it meant marching through marshland and bogs from the river tributary's feeding into the Humber. The route to the west would be better for a marching army or rabble and their Ox carts. Further West still was thick forest or scrub leading to the mountains. The only viable way (as had been taken by King William on his way North) was to cross the river at the only suitable ford named Castleford. 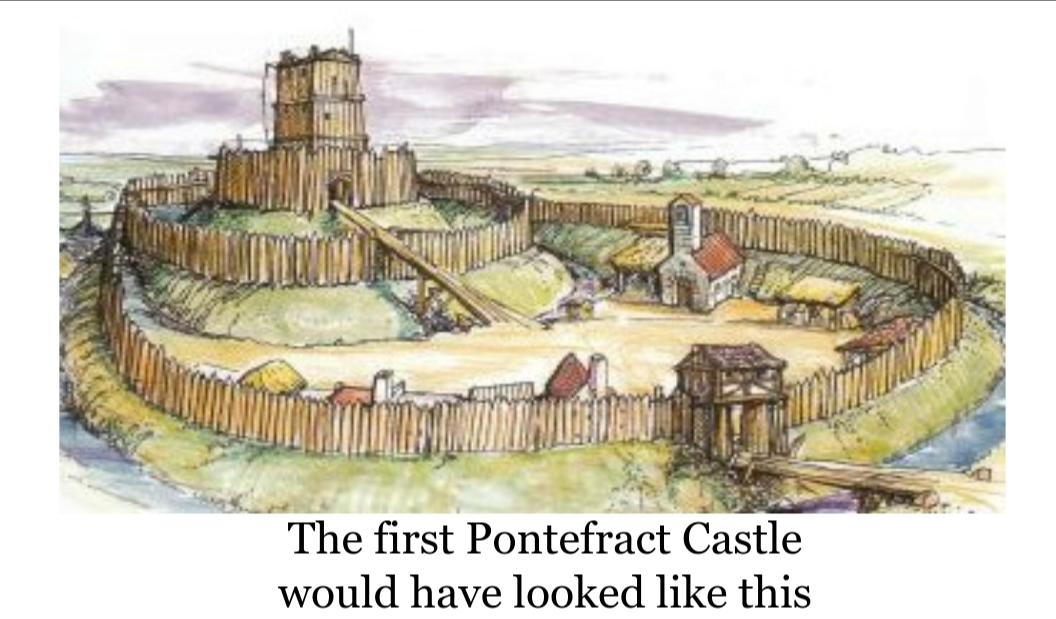 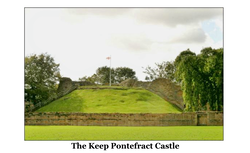 Castleford then was where Ilbert de Lacy would draw any invaders and defend the ford to stop their progress. But despite its name, Castleford was not the most suitable site for the castle that Ilbert intended to build. Some two miles away on a steep escarpment with sheer drops, either side was the ideal place to build Pontefract Castle "The Key to the North".
From the top of the Keep, a keen watchman could see the smoke of fires from York to the North a sure sign if anything new was happening. To the East again see the signs of fire raised by Vikings attacking from the Humber. From the walls, there was a clear view of the landscape around the ford at Castleford. Knights and their man could marshal their defences quickly and be ready to defend the ford and “The North”
Still can be seen today. The flag signifying where the original timber keep would have been. The Motte on which it stood would have appeared a lot higher than today's picture as the upper Bailey showing in the foreground had been built up more than 1.5 meters. To enable growing liquorice plants on the site in the early 1900s. If visiting you can walk up to the flag and see (now a very different view) what Ilbert de Lacy could see. 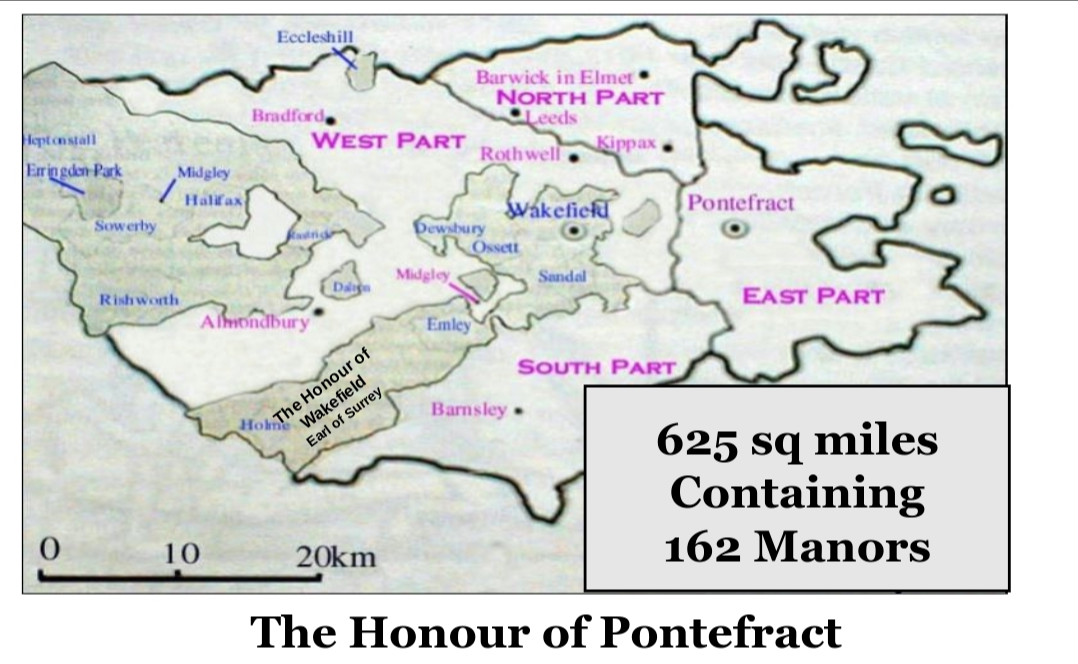 The Honour of Pontefract was a rare occurrence in King William’s awards. His normal practice was to scatter awarded Manors. Even here he created The Honour of Wakefield threading into the Pontefract Honour. His reason to prevent Baronial power blocks.
Unlike many Normans leaders who installed a steward to collect taxes and then returned to Normandy. Ilbert choose to work with the Saxon Lords of each Manor providing they accepted William as their King and Baron Ilbert de Lacy as their overlord. He let them continue to manage their own farms and even shared in their investment. The Honour prospered, creating, in turn, great riches for the de Lacy family. 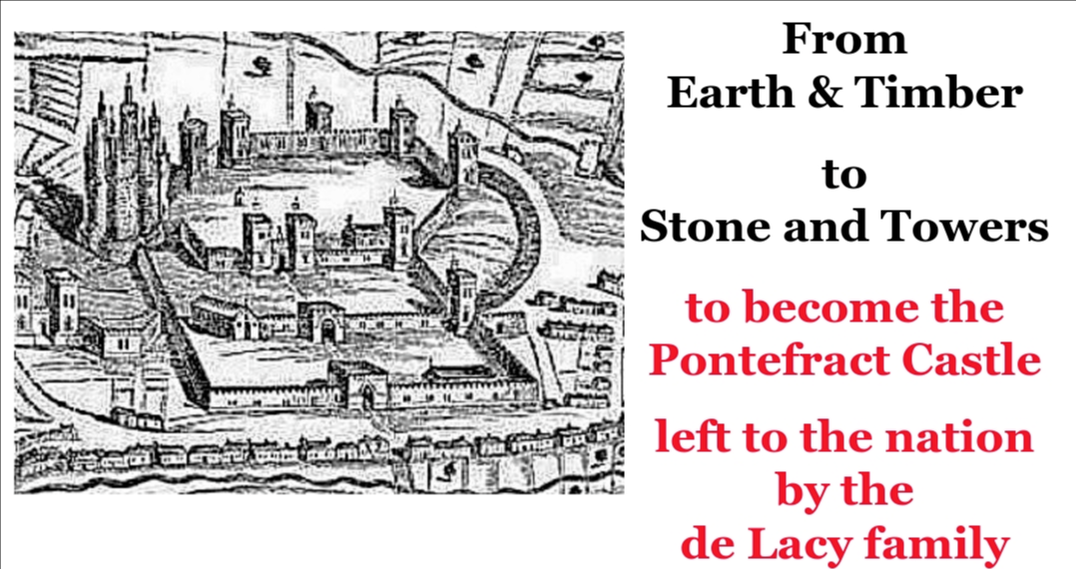 Now fully rebuilt in stone the castle proved to be impenetrable to attack. The stone towers dwarfed the original keep. Pontefract castle overtime played host to many Monarchs. Even after the invention of the cannon, the castle withstood bombardment. It was only after the Civil war that the castle descended to ruin at the will of the people of Pontefract. 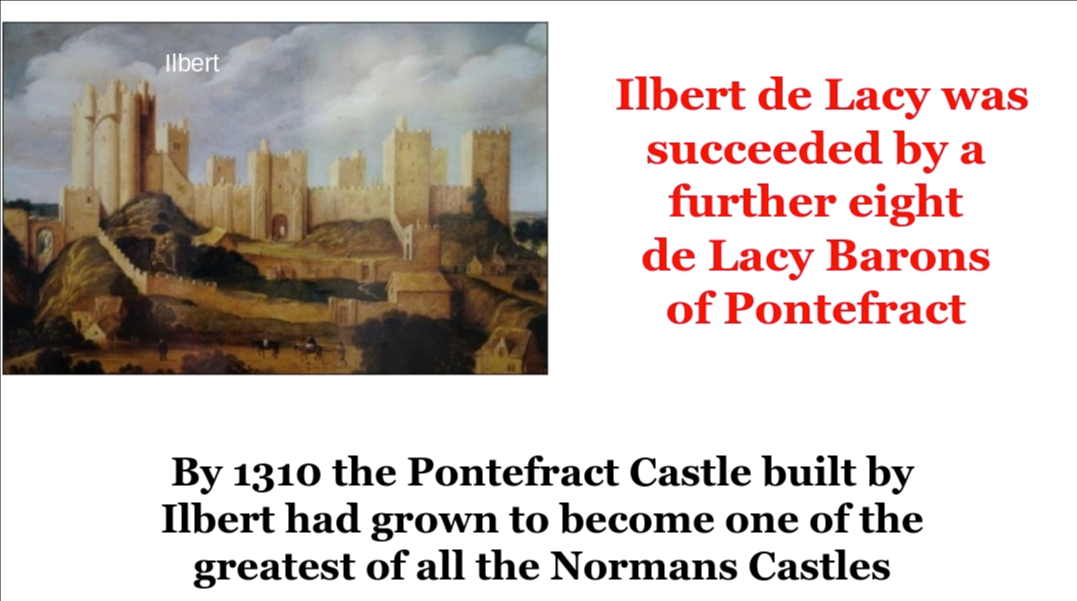