​
​The Irish Religious Houses of the de Lacy Marcher Lords

Unlike the Pontefract de Lacy line who had continuity of Church and Monastery building for more than 250 years. The de Lacy Marcher Lords once in Ireland had only, from Baron Hugh de Lacy's arrival as the Lord of Meath in 1172 to the death of his son Walter, the second Lord of Meath in 1241 allowing only 69 years of Irish power.
Even so, Father and Son despite continually being involved in fighting and English court intrigue still managed to be benefactors to the restoration of some Religious houses that had been ruined by Viking raiders, mercenary Anglo-Normans and even warring Irish.
Duleek Priory Co Meath 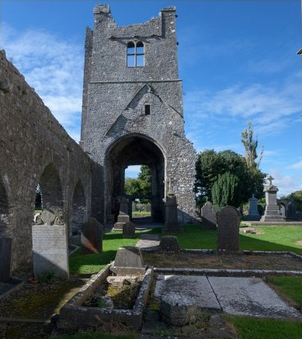 Reputed to have been established as an abbey in the 5th century by St Patrick where the first Abbott eventually became known as St Kiernan. The Abbey suffered much from Viking invaders and finally descended into ruins. Ultimately, the site was          re-consecrated as a Priory for Canons Regular by the O'Kelly family only to be sacked again in 1171 by an Anglo-Norman Knight Milo de Cogan serving within Strongbow's mercenary army.

The Priory was rebuilt to save the same order in 1182 by Hugh de Lacy Lord of Meath as a daughter priory to Llanthony Priory in Wales. Duleek Priory continued as a religious house until the British Parliament's order of dissolution. Records show confusion about Abbey and or Priory. 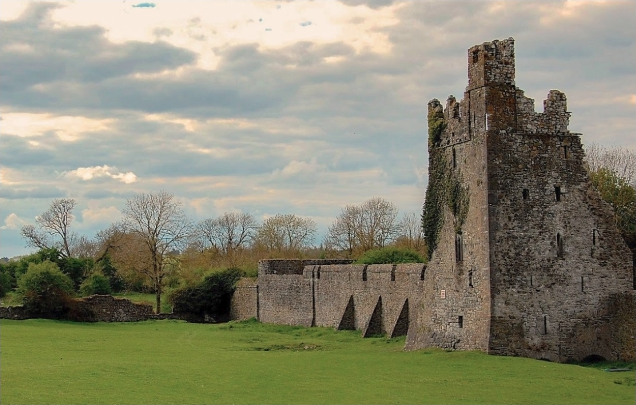 Kells Priory, (not to be confused with Kells Priory Kilkenny) on the mail-coach road from Dublin to Enniskillen.
The Monastery established for Canons Regular was founded circa 550, by St. Columb, It is sited on land donated by McKervaill, King of Ireland. In 1156, the whole town, with all its sacred edifices, was destroyed by fire. The Monastery once restored was plundered in 1172, by Dermod Macmurrough, at the head of a party of mercenary English in his employ.

With Hugh de Lacy coming to power in the following year The Lord of Meath bestowed on it substantial grants of land and income as to entitle him to be regarded as its second founder. In 1176, the Priory was again plundered by some of the native Irish, about the same time, a castle was erected in Kells for its defence against the O'Nials. Later in the reign of Richard I. Walter, son of Hugh de Lacy, founded a monastery for Crouched friars, and granted them a charter confirming all their privileges. The action by Walter de Lacy gave stability till the time of Henry VI. the town then ranked with Trim and Athboy as one of the principal boroughs in Meath;
Feighan of Fore 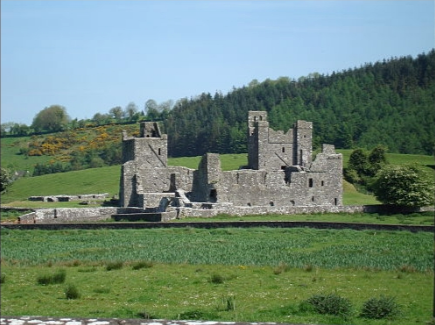 Situated on Lough Lene is of great antiquity, formerly a borough, comprising the parishes of St. Feighan and St. Mary, and appears to have originated in the foundation of a priory for Canons Regular by St. Feehan, about the year 630, in which, while presiding over 300 monks, he died in 665. From 771 till 1169 the Priory and the town, which had risen around it, were, destroyed twelve times by fire by and pillaging invading Vikings. Walter de Lacy Lord of Meath refounded the Priory under the invocation of St. Taurin and St. Fechin, for Benedictine monks, and made it a cell to the Monastery of that order at Evereux, in Normandy. Many of the buildings that remain today (in ruins) are from the 15th century
https://en.wikipedia.org/wiki/Fore_Abbey

Ballymore or St Owens of Lougskudy 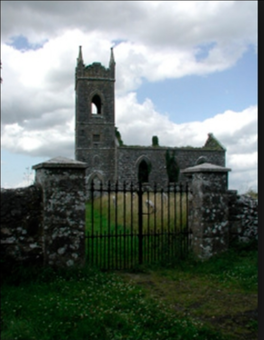 ​BALLYMORE, or ST-OWEN'S-OF-LOUGHSKUDY, a post-town and parish, in the WESTMEATH, province of LEINSTER.  An abbey is said to have been founded here in the year 700; but the only religious establishment of which there are any authentic records was a monastery founded by the De Lacy family in 1218, and dedicated to the Blessed Virgin, for Premonstratensian canons and Benedictine nuns, who occupied distinct portions of the name building.
Colpe, or Colpe-cum-Mornington
Colp, or Colpe-cum-Mornington
In 1182, Hugh de Lacy founded an abbey for Augustinian canons, and made it dependent on the Abbey of Llanthony, in Monmouthshire, afterwards translated to the vicinity of Gloucester. In 1234  Walter de Lacy, Lord of Meath, granted to the Abbey the lands of the "town of Mariners in Ireland near the port of Drogheda, with the words "to God and the Abbey of St. Mary of Furness and the abbot and monks serving God there"? (Had the dependency changed from Llanthony to Furness)?
Priory of St John the Baptist
Kilbeg
Kilbeg, or Kilmainhambeg, a parish, in the barony of Lower Kells, county of MEATH, and the province of LEINSTER. This parish takes its name from a commandery of Knights of St. John of Jerusalem, founded by Walter de Lacy in the reign of Richard I.
Durrow Abbey 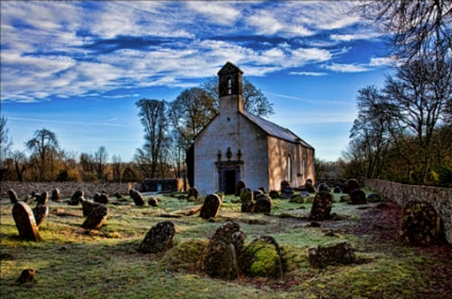 Durrow Abbey
A historic site in Durrow, County Offaly in Ireland. The Abbey was founded by St Columba. The Abbey is an early medieval monastic complex containing religious and secular monuments, including five ancient Christian grave slabs a High Cross raised in the ninth century and a well deemed as being holy plus other extensive archaeological features. Durrow received the patronage of successive kings, at least one of whom was buried there. Durrow Abbey is most famous for producing the illustrated Book of Durrow. The 7th-century text, the earliest of the great manuscripts to have survived, a remarkable feat considering it was recovered from a farm where it was dipped in the cattle's drinking water to cure illnesses. It is today on display at Trinity College, Dublin. The Monastery had been engaged in arguments with other such establishments, in particular, nearby Clonmacnoise; a battle between the two in 764 left two hundred monks from Durrow dead. Durrow's fame and wealth left it vulnerable to attack, and between the ninth and twelfth centuries, the Monastery was plundered and burnt down more than twelve times.

​History gives no reason why in 1186 Hugh de Lacy, Lord of Meath decided to build a motte castle on the site presumably for the protection of the Abbey while overseeing progress on the building of the Keep on top of the Motte Hugh was killed by a blow with an axe by an Irish worker. It was assumed that Baron Hugh de Lacy Lord of Meath, already unpopular with the local Irish had gone too far by erecting a Motte within one of their sacred places.
Hugh de Lacy Lord of Meath. On his death was first buried where he fell at Durrow Abbey. Later he was reinterned at Bective Abbey in Meath his head was removed and placed within the tomb of his first wife at St Thomas’s Abbey in Dublin.
The Monastery itself continued until the 16th century and the Reformation.
A question for you. Has anyone any confirmation to show if Hugh or his son Walter any connection with St Mary's Abbey Trim?

The gathering of information about de Lacy religious houses in Ireland has not been easy. Often sacred places had seen more than one Priory or Monastery built in the same area and names had become confused over the centuries. Having explored all the obvious recorded information I feel there is still more to be learned. Can you help?

de Lacy Churches in Ireland
If you would like to add a question or comment, perhaps give your reactions to a visit to any of the de Lacy Castles or Churches.
Tap or Click here
If you wish to include photos* please submit both your text and photos by email to delacychronicles@gmail.
*Include any permissions if the pictures are not yours. Thank you.