de Lacy Chronicles Norsemen to de Lacy Barons
MANY ANCIENT BRANCHES, MANY SEVERED LIMBS.
LIVING BRANCHES POINTING TO ALL FOUR CORNERS OF THE WORLD.
About the de Lacy's, Are you one?
The name de Lacy is an example of a noble historical family steeped in history. Other examples to the Norman aristocratic names can be found in Scottish Clan names which are also ‘hereditary’ names, for instance, McLaren, Mackintosh, Stewart, etc. Alternatively ‘given’ names can often be derived from the craft of past generation family members. Their name recognised by examples such as Smith, Carpenter, Turner and Butcher

Now to the question regarding the de Lacy name. Once translated from Norse, Latin and Norman/French the English version since 1066 is de Lacy. The ‘de’ means 'from' when used by Norman noble families, over the centuries has added status to the name. However, in true Irish thinking using D (upper case) is not wrong either.

​Lacy or Lacey?
Lacy or Lacey? There are two reasons or versions why the 'e' appeared. The de Lacy family were an active Catholic family building in true Norman noble tradition many Churches as well as Castles. At the time of the reformation and for centuries after the name 'Lacy' marked them as Catholic and so some Lacy family's dropped the 'e' to show they were no longer Catholic. History has no bearing on present-day faiths.

The second reason has arisen from the growth of record keeping. I call it 'the 'whatever reason’. Any Lacy will tell you that they spend their life telling or correcting others "there is no e in my name". Inevitably over time, some will have said 'whatever' and settled for Lacey.
​The names de Lacy, Lacy, Lacey, Leacy and Lasi all derive from the area of Lassy situated in Calvados Normandy. ​The estates of the de Laci family in and around Lassy were within the overall administration of  Bayeux in the region of Calvados. Bishop Odo was responsible to his half-brother Duke William IV for the government of the area.

If, you can follow your own Lacy family tree, back through to the early nineteenth century, and to Europe even if your family then lived elsewhere in the world. The probability will be your forebears came from Lassy in the eleventh or twelfth century.
​Normandy in the Eleventh Century is considered as the start point of de Lacy history. This website on its de Lacy origins pages and the book, 'de Lacy Chronicles' however, takes you back a further two hundred years and to the history of the Lassy Norseman. We have also added a PDF file which will take you back to the Roman Era
​Tap or click the box below to reveal the many comments we have received from de Lacy family members sharing their own questions or comments about the de Lacy family tree. 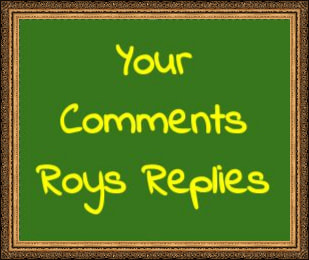 Just like many of you that visit this page of the ‘de Lacy Chronicles’  I have arrived at a challenge in following my personal family path back down through time. My grandfather Edward Lacy was born in South Dublin in 1862 (yes I am very old) His father (my Great Grandfather) William Lacy also lived in the South Dublin or central Ireland area.
General Sir George de Lacy Evans from Moig, County Limerick whose exploits earned him his section within my book ‘de Lacy Chronicles’, was only thirty when my Great Grandfather was born.
My question: where they related by more than a family name?
​(2021 Update now a proven three generations apart second cousin)
​Here is possible evidence that there is a close link. The right-hand image taken from a woodcut is that of General Sir George de Lacy Evans about the time of the battle of Waterloo when he would have been in his late fifties.
​
The left-hand image is an early photograph of my father probably taken while in his early twenties in the 1930's. Everyone who knew my father when he was alive, would take one look at the George de Lacy Evans woodcut and say “it’s your Dad"! Take away the facial hair, allow for the large age difference and see what you think.
​
Now in 2021 my own de Lacy family history has been added to the de Lacy Chronicles
​My Father: Albert (Bert) Lacy, was born in Liverpool in 1909.  He married my mother, Ann (Nancy) Lacy née Brunton Liverpool, born in 1899. They had three sons Edward (Ted) Raymond Lacy, born in 1929. Alan William Lacy was born in 1932, and myself, Roy Albert Lacy I, was born in 1937. All born in Liverpool. Bert and Nancy Lacy raised their family first in Liverpool, followed by less than two years in Manchester before settling in their family home in Leeds in 1941. Bert had chronic bronchitis all his life, so he did not serve in World War II. Employed as a footwear buyer, then in later life as a shoe shop manager. Bert died in 1965 in Tynemouth while on holiday with Roy & Marjorie. Dad was returned to Leeds for interment. Nancy’s death followed soon after in 1967

Albert's father, my Grandfather, was Edward (Edwardus) Lacy, Born in 1862 in Dublin, Ireland. From an unknown date, was taken by his parents from Ireland to Liverpool. He married Mary née Keene in 1886. According to the 1891 census, they lived in Rockwood Street Liverpool’s dockland, with three children Lily, William & John. Edward Lacy progressed from a casual warehouseman to becoming Chief Warehouseman to the Liverpool Warehouse Co Ltd. His long experience and practical knowledge of merchandise led to Edward being offered the
position of Traffic Superintendent with a direct role to the Chief Traffic Manager of the Liverpool docks; during these years, Liverpool was an important world port. Edward & Mary prospered and moved to a larger house at 16 Queens Road, Everton, with eight children and a live-in servant. Albert Lacy my father was the sixth child. My grandmother Mary died in 1927. Grandfather Edward followed in 1930.

Edward used Valentine de Lacy as his stage name during his early married years and entertained wounded soldiers during World War 1. Appearing at many civil and church events with his ventriloquist comedy show “The Laugheries”.

Edwards' father, my Great Grandfather, was William (Latin name Gulielmo) Lacy, Born in Dublin in 1830. He married Clarissa Lacy nee Feerey in 1845. Their only known child to survive was Edward, born in 1862 in Dublin.

The Great Famine, a period of mass starvation and disease in Ireland from 1845 to 1849. The worst year was 1847, known as "Black '47" During the famine, about one million Irish people died and a million more emigrated from Ireland, the island's population to fall by between 20% and 25%

No Irish records can be found for William and Clarissa after the birth and baptism of Edward. The probability is that they left with their son for a new life in England at some time. They do not appear on an English census, but we do know they were both buried in the early 1900s 1903 in Toxteth Cemetery Liverpool.

William's father, my 2x Great Grandfather, was Felix (Felicis) Lacy, Born on Jan 1st 1800 to Edy de Lacy and Alicia Connell in Limerick, Ireland. With little work available to non-protestants in the Limerick area, Felix begged a ride to Dublin to try and seek employment, taking whatever jobs he could find. Attending mass each week at St. Andrew's, Westland Row Dublin, he met Catharina Daly (1804-1882); they were married in 1818 at St Andrew’s. They had five children, but only William (Gulielmum) Lacy, born in Dublin in 1830, survived the Great Irish Potato Famine (1845–1851). Felix died in 1851 in Dublin; his wife Cathe Lacy lived on till 1880.

Felix answered the question I am asked continuously:
It was Felix who dropped the ‘de’ from my family Lacy name.

Felix’s father was Maurice Edy de Lacy, my 3x Great Grandfather. Maurice Edy de Lacy was born in 1762 in Limerick To Captain Maurice Edy de Lacy and Mary Upton. He was married first to Maria Dunn (three children), Then Alicia O'Connell (six children Felix was the youngest of the six ). As a catholic banned under the law from holding any title or rank, he worked in his fathers business dealing in fishing licences for Limerick harbour. With his father’s death, the authorities banned the inheritance of the fishing rights held for centuries by the de Lacy family. Maurice had to find work elsewhere. Probably, working for the men he once employed. Maurice died in 1825 in his hometown at the age of 63.

The Irish Rebellion of 1798 (Irish: Éirí Amach 1798) was an uprising against British rule in Ireland. The United Irishmen, a republican revolutionary group influenced by the American and French revolutions, were the central organising force behind the rebellion. There is no history to confirm or deny that Maurice took part. With his family's history and background, there is no doubt where his support lay.

During the 1700s Irish Roman Catholics could not purchase land, hold civil or military offices or seats in Parliament, inherit property, or practise their religion freely without incurring civil penalties. In Ireland, a Roman Catholic could not vote in Parliamentary elections and could be readily dispossessed of his land by his nearest Protestant relative. The seizure of de Lacy estates across Limerick during the Queen Elizabeth settlement laws and the  Oliver Cromwell land seizures left the once rich and powerful de Lacy landholders without many assets.

Thankfully the de Lacy family still held the fishing rights to Limerick harbour*, which his sons managed. *The mouth of the Shannon river is the central running water for Atlantic Salmon.

1740 The Irish Famine; 1740 Its effects had extended across Europe. An estimate of Irish famine deaths equates to 13% to 20% of the population of 2.4 million in successive cold and dry years. This lead to massive losses of staple locally produced food. Capt Maurice de Lacy and his family would have survived better than most; their fishing interests would have seen sufficient fish coming their way plus more to barter for other foodstuffs.

1691 and the Seige of Limerick now remembered in history as the  ‘The Flight of the Wild Geese'.  Of the known 27 de Lacy kinsman among them was   13-year-old Ensign Peter de Lacy .) who was to become the Field Marshall at the head of the Russian army that changed the face of Europe Peter was a first cousin to Captain  Maurice Edy de Lacy.

Captain Johns Father, my 6x Great Grandfather, was Captain Sir John de Lacy of Ballingarry, Liskeeny, born in 1648. Sir John, born in 1648, married Lady Eleanor Hurley in 1673. They had four children John 1674, Margaret 1676, Pierce 1678  and Edmond 1680. They lived in the family home at La  Garthe Ballingarry, County Limerick, Ireland. Sir John  de Lacy sat in the King James Patriot Parliament in 1689 representing the ancient Borough of Kilmallock,  as did his father in law Sir William Hurley. By the time of his death in  1722, the decree issued by Oliver Cromwell forbidding Catholics the right of hereditary titles to be passed from father to son was in force.  In 1641 nearly eighty per cent of the land in Ireland belonged to  Catholics. By the year 1665, only 20 per cent remained in Catholic hands.
Sir John died in 1722 without his title and lands passing to his son.

Captain Johns Father, my 7x Great Grandfather, has not yet been proven.
There were many of my past proven uncles and cousins before him, but as yet, there is no confirmed name or details of Sir John's father.
On a happier note, my de Lacy family members had held a high noble past as a leading family in Co Limerick right back into the 13th century. The de Lacys of Limerick all believed that our line went back to William Gorm de Lacy, third son of Baron Hugh de Lacy and his wife Princess Rose Ní Conchobair, daughter of the deposed High King of Ireland, Ruaidrí Ua Conchobair. So possibly even beyond as relatives of the greater de Lacy Barons of Ireland and Wales England and back to Normandy before 1066.
All based on extracts from my 2nd book, “de Lacys of Limerick”, available on Amazon.